When you Google “aftermarket car parts,” you get about a “bazillion” hits from eBay to the car parts warehouse guys, and prices range from ridiculously high to unbelievably “something’s fishy” low. It is a confusing and sorted affair, and many give up after a few hours of searching, no further along than when they started.

Of course, we are never going to tell you to go the eBay route, because many of the parts there are cheap knock-off parts made in China. And the choices from the bargain parts warehouse guys are not much better.  So, what’s one to do to make sense of it all? Where do you find a part when you need it?

Mufflers, and Car Seats, and Wheels, Oh My

Well, unless you are planning on building up a classic car from scratch in one day, you are probably only going to need a couple of parts at a time. Inasmuch, it is a better idea to search online for those individual parts than to use a broad search term like, “the best aftermarket car parts.”

Established in the summer of 2014, Black Widow offers the Venom Series mufflers – Pro Venom, the Venom 250, the Venom 300, and the Race Venom – and the Widowmaker, the loudest and badest muffler of them all.

These raucous mufflers boost performance and create that ubiquitous race-track sound through the use of their patented hourglass design. Also using high-quality steel and solid welds has earned the company national accolades, and Dodge, Toyota, and Chevy trucks can be retrofitted with the mufflers.

In addition to the Black Widows systems, you will probably see a link for Cherry Bomb mufflers Cherry Bomb has been the exhaust choice of muscle heads and rat rod drivers since 1968, and, with their patented fiberglass-packed mufflers, cherry bomb offers the classic muscle car sound and comes in only one color: apple green. Wait. What!

Seriously, though, this cherry red muffler boasts of a time when street racing, revving engines, and squealing tires ruled the road. Plus, it is still made in the same TN location where it started, and, by the way, it is also still a fraction of the price of the other guys (you can find it for as low as $25).

But let’s say at some point you are also looking for an aftermarket car seat. Maybe your current seat is roached, or, maybe, you just want one of those classic bucket racing seats. Well, you are inevitably going to come across Corbeau Seats Ltd, then, at some point. Established in 1963 by Colin Folwell in merry old East Sussex, England, Corbeau Seats was definitely a case of “necessity is the mother of invention.” While hurtling around the amateur racetrack in his younger days, Folwell notices that his OEM car seat and belt was not nearly adequate to hold him in place and keep him secure while zooming around at such breakneck speeds.

Backed by over 50 years of R & D, Corbeau Racing Seats are FIA approved for safety and offer a comfortable, supportive polyurethane foam core, durable kevlar seat covers, 5-point Camlock racing harnesses, lumbar and suspension support, and stability grab bars.  No other company makes you feel safer in the cockpit or offers so many safety features. 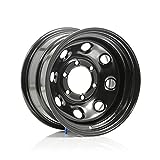 And what about you wheels, man? A car has got to have wheels. Well, any search for aftermarket wheels (unless you’re on an Apple Performa running Netscape) is going to serve up the Cragar Wheel aftermarket wheel and rim company.

Established in 1923 by George Wight, the real story of Cragar Wheels begins in 1933 when Roy Richter began fabricating parts for Wight (and Cragar) after he finished high school. When Wight died, Richter took over the business, and, not much later, designed the first Cragar S/S series racing wheel. It was the first chrome-plated, die-cast aluminum aftermarket wheel, and it featured a unique 5-spoke design that was previously unseen in car parts industry.

With an unmatched load-carrying capacity and a classic roadster design, the S/S wheel has been called one of the most influential aftermarket wheels in history, and Cragar later formed alliances with Dodge and drag racing legend, Gary Gabelich based on its success. 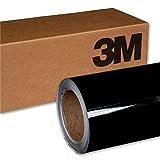 Despite the bazillion hits you will find online when you punch in the search term, “best aftermarket car parts,” the in industry is still very much a word-of-mouth business, and the best knowledge is often known only to enthusiasts and those you spend time a lot of time around the track.

For instance, Corvette owners seem to like Zip Corvette for parts and advice, while others like the Eastwood Company for welders, car care, and more. The important thing is not to feel trapped and give up or go in for the cheap knock-off part. But, hey, if all else fails, ask your car buddy. That is kind of how the aftermarket car parts business works, anyhow.