Best Car Buffer That Will Bring Out The Shine

With summer just around the corner, it won't be long before it's time to pull out that gorgeous sports car and show it off in the summer sun. Unfortunately, it won't look excellent if its paint job looks lackluster.

As a result, this article’s focus will get geared towards providing you with the best car buffers that will bring out the shine in your beautiful car just in time for summer. We'll go over features of each buffer as well as the price ranges you can expect to pay out when you choose one.

How We Rate Our Products

There are several different ways that we choose the best out of the products that we have decided to supplement this list. These factors include:

Effectiveness:  Will your new buffer take care of those very stubborn spots that seem impossible to bring to life?  Having an active orbital buffer for your car is essential to you and so is a factor that we will consider when we rate our products.

Cost:  It shouldn't cost you a small fortune to buff your car. Otherwise, you'd be taking it to a professional. While we rate our products for the quality that they provide to you, we also search for buffers that won't break your bank to achieve a professional look.

Customer Reviews: The customer's voice will always get considered when it comes to ranking these products. We're looking only the best to put near the top, so you can be confident that these buffers will work well for you. 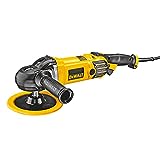 DeWalt has always been a leader in any hand tool that you can utilize around your home. And keeping true to the DeWalt promise, they provided a top-of-the-line buffer tool to help make your car shine.

It features a 12 amp motor that manages to put out 1250 max watts that can maximize out at 35000 RPMs. The DeWalt also features a conveniently placed two-finger trigger that allows you to maintain the maximum amount of control.

Pair all those features with an all ball bearing construction Has steel gears that make sure that the longevity of your tools get preserved no matter how many times you use it. Additionally, that ultimately maximizes the overall performance even for more demanding applications.

Its electric module will keep up the speed that you said it to for a smoother finish and an overall better result, so you don't have to worry about applying too much pressure while you're buffing your car.

The DeWalt DWP849X also features wool ingestion shields which ultimately maximizes the lifespan of your tool, and you don't have to worry about servicing costs as often as you would for devices that don't provide this feature.

This buffer till only weighs an incredible six and a half pounds which are might enough to keep going over a more extended period. You'll get a better angle on your buffering job thanks to DeWalts three-position bale handle, and traditional side handle that comes with your buffet which gives you more comfort and control with your projects. 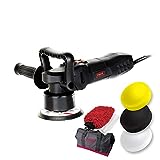 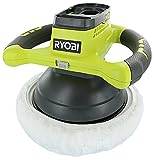 With the Presa turbine all-in-one random orbital polisher, you're not just getting the tool in this bundle, but you're also receiving a full-on kit that supplies you with six different accessories such as:

This polisher comes with an adjustable main handle and an attaching side grip to give you the most power and control over your polishing or buffing job. These grips also create a level of comfort while you're in the middle of your projects and reduce strain on your back and shoulders while you're working.

The side grip can be installed for either your left or right hand and gives you an improved ergonomic and control over the polisher itself.

The polisher itself runs off of 600 watts and provides anywhere between 1500 to 6800 orbits per minute; it is just perfect for detail work and dealing with large scratches along your vehicle's frame.

It's lightweight as well, weighing in at only four and a half pounds with a 19.6-foot long power cable, you'll be able to work as long as you'll need to get your car looking great again. The Presa Turbines six-inch polisher also features a soft start and a counterbalance bearing setting which allows you to create less vibration and make your polishing pads last a lot longer.

All of the premium pads are upgraded and made in the United States; the yellow pad comes explicitly made for buffing your car, while the black pad is made expressly for polishing and the white for waxing.

The on and off switch and soft-start are easy to find, located just underneath the Three-position handle You push the switch forward to turn it on and then you can start. If you like all the features of the Presa turbine orbital buffer, you can find it on Amazon and it qualifies for free shipping for Prime members.

If you're a beginner that's looking for your first orbital buffer, the Ryobi P435 One is a great tool to start. The nice thing about this orbital buffer is the fact that it's cordless, operating off of an 18-volt lithium ion battery that provides over an hour and a half of work off of just one charge.

The nice thing about this orbital buffer specifically is that if you have other Ryobi tools, they operate under the same 18-volt lithium-ion battery, you can easily switch them out and interchange them since this unit is compatible with other batteries by Ryobi.

This tools maximum speed is 3500 RPMs which is perfect for someone who doesn't often get to work with an orbital buffer. Not to mention that it's powerful enough to prevent streaking or swirling and it works to remove any scratches that get inflicted on the surface of the car.

The group itself has a rubber over mold on it which gives your hands more control while you're working and provides comfort while you're operating the buffer.  The buffer itself only weighs two and a half pounds so you won't have to worry about feeling exhausted halfway through your project and you'll be able to carry on for much longer.

The only thing you have to know as far as operating the Ry​​obi is how to turn it on and off. There's a button placed near the handle that's easy to work at any point, and there are two bonnets that come with your purchase, one that buffers, and one that serves as an applicator.

If you like the Ryobi P435 One and all of its features, you can find it on Amazon and it also qualifies for free shipping. 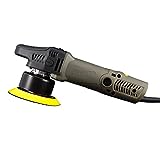 If you're starting with orbital polishers, the torque X is a great choice, to begin with especially if you've never used a polisher before. The functions and features on this polish are elementary to use, and All the mechanics of this polisher are fairly basic which makes it super easy to use for beginners.

The Torq TorqX comes equipped with a powerful motor that uses 700 watts to operate which is enough power to remove stains or some of the worst scratches. If you have a vintage car, this buffer tool would be your best bet to use as it takes care of things such as:

This tool is excellent for long-term use thanks to its durable and heavy duty Construction, and you won't have to worry about needing a load to start. It features a soft start function that operates at varying speeds ranging from the minimum of 1200 RPMs to the maximum of 4200 RPMs.

You also get to utilize a digital speed display that gives you an idea of what speed you're going, and you can change it as needed for your project. Overall the Torq TorqX weighs only eight and a half pounds so it won't be too hard to use over an extended length of time.

If the Torq TorqX sounds like a buffer tool you like to add to your collection, you can find it on Amazon and it's currently rated as an Amazon best-seller product.

This company is one of the first companies to launch a commercial polisher tool since having taken over many professional automation shops. The Porter Cable Detail King is one of the latest in their lineup that features a 4.5-amp motor as well as a random orbit action which is used the best when sanding off swirls or stains that may have shown up on your vehicle.

This buffer features a strong ball bearing function that provides extra durability a while buffering your car, and you can usually achieve anywhere between 2500 RPMs and 6800 RPMs. All of the speed settings are customizable and can easily get operated through a trigger and a handle.

The Detail King also has a dual position handle that can be operated by a large variety of different users including professionals, beginners, and DIY enthusiasts. The Detail King also works as a random orbit which helps provide swirl-free sanding and polishing dual action.

This model specifically except 5/16 to 24 spindle thread accessories watch her easily interchangeable even if they're not Porter-Cable brand spend all threats. With your purchase, you do get a free six-inch polishing pad that you can utilize for your car immediately when you get it.

If you like what you see with the Porter-Cable Detail King, you can find it on Amazon and it includes free shipping for Prime members. 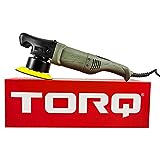 With its lightweight construction that reduces vibration kick back while you work, the Torq 10FX may be the only orbital polisher that you need for your car. This polisher only weighs five and a half pounds which enables you to work on your vehicle for longer than you could with a heavier orbital buffer.

This buffer goes between 1500 and 4200 RPMs Anna features harmonious balancing which puts less strain on your wrists and arms while you're in the middle of buffing your vehicle. Overall, you're looking at about a hundred and twenty volts or 700 watts of power when you operate this tool.

Overall, the Torq 10fx is a marble to work with, and it's easy to understand, this product uses the power and precision demanded by professionals and creates a comfortable and intuitive experience that anyone of any skill level can utilize.

Thanks to the digital user interface, all of this buffers digital controls enable the user to change any element of your buffing experience with just the touch of a button. There are six distinct speed settings for precision control you guys are or sensitive and intense detailing jobs.

Unlike with some other models, you get a smooth startup experience and the power engagement interest a better control prayer its user which means there is less of a chance of it slinging or accidentally scratching your vehicle while you're working with it.

Ultimately if you're looking for a more professional grade buffer, then the Presa turbine six would likely be your best bet to get deep scratches and maximum shine.  Furthermore, you get polishing pads and a carrying case to go with it so you can get started on your project once it comes in from shipment.